Diego Gualandris looks at painting as the most sophisticated form of seduction. The eroticism that feeds the artist’s pictorial instinct leads him to an actual physical relationship between himself and the space of the canvas, on which he makes unscrupulous use of media. Gualandris uses frying oil as a thinner for paints and soft toys as thick paint brushes, thereby indulging his aversion to the rationality of the artistic technique as well as to any commercial logic.

The Edera (Ivy, 2020) triptych is conceived starting from the representations of the imagery of Eden in the history of art, from which the artist moves away in favor of a composition that reveals his surreal and dreamlike approach, nourished by psychedelia, science fiction and fairytales. The traces of intercourse on the canvas, folded into smaller portions and then unrolled, create an incommensurable landscape recomposed after being fragmented, following the process of concealment and unveiling whereby Gualandris composes his stratified images. 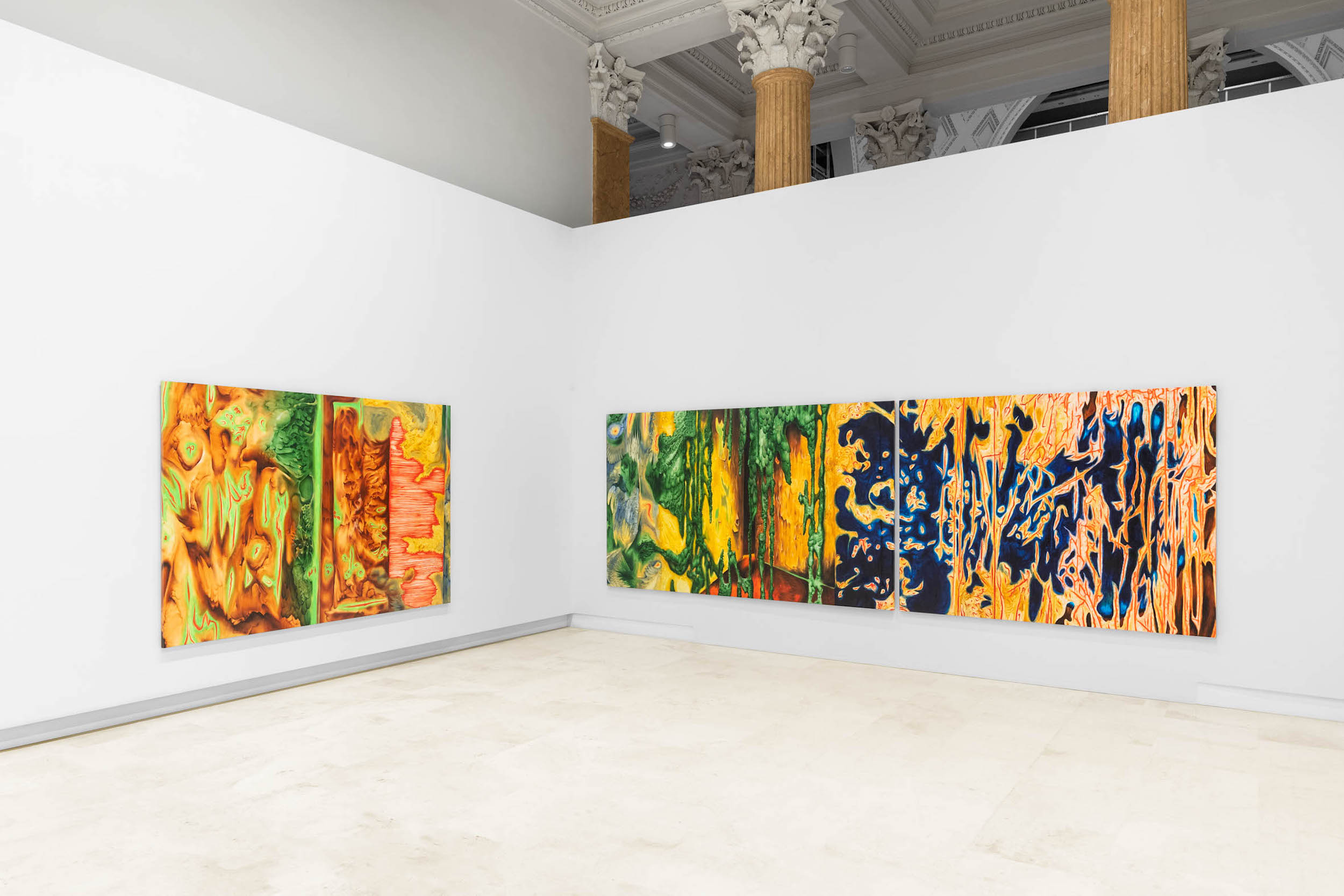 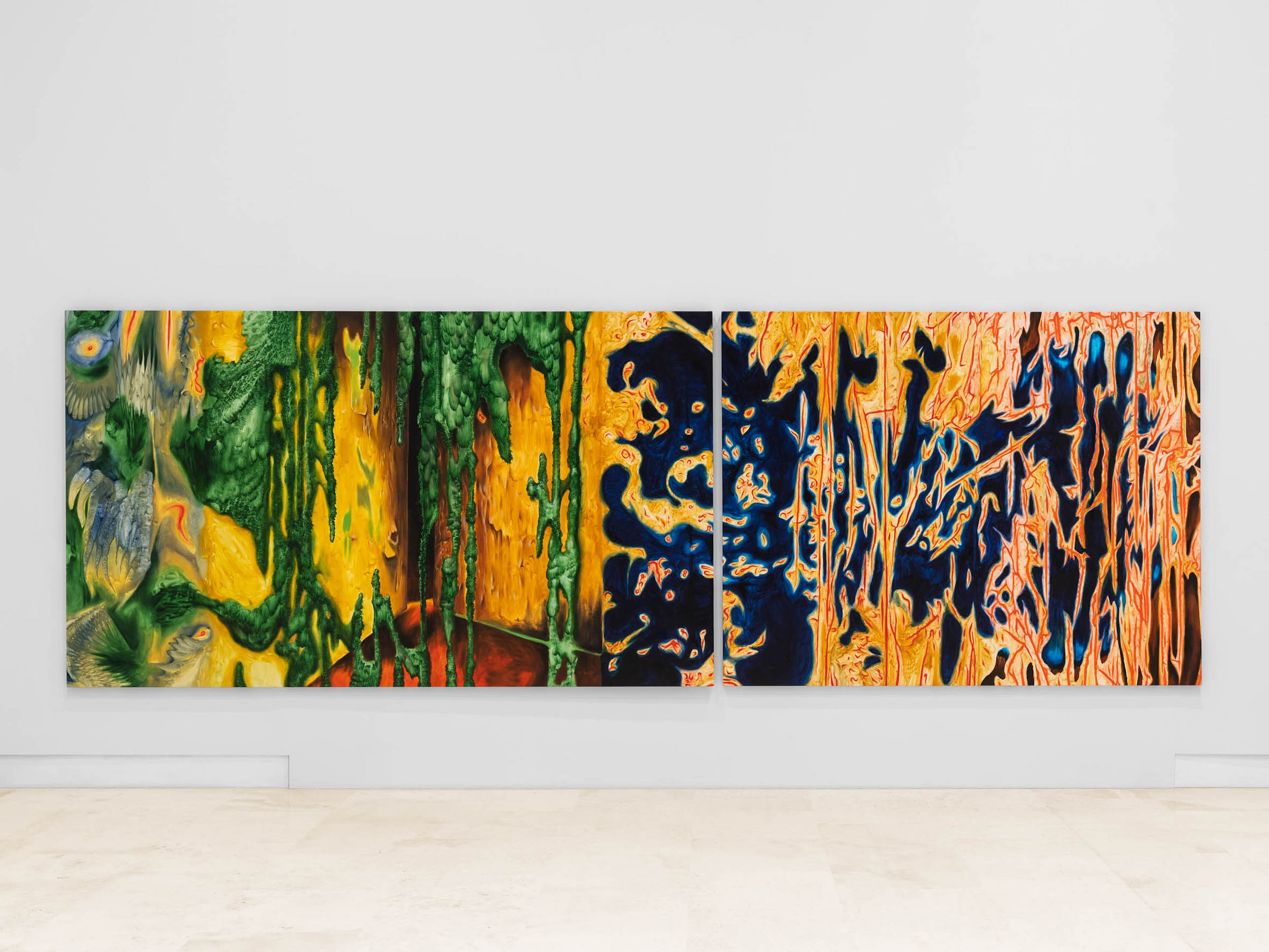