Alessandro Pessoli conceives his paintings as collages where imaginaries, figures, objects and pictorial techniques mingle, composing a catalogue of both intimate and collective experiences. Painting is subjected to technical and formal re-visitations and produces new formulations of canonized images through the engagement with history and its relation to the present.

The works in the exhibition seem to reclaim the necessity to be considered outside a strictly pictorial dimension. The ceramic tiles, beside referring to an Italian secular tradition, establish a bond with the political and social history of the country from the 1990s to the beginning of the century. They reveal the artist’s skepticism, distrust, disenchantment towards his country, which he narrates with sarcasm and melancholy, through self portraits and satirical scenes. Also the sculptures evoke the pictorial atmospheres of the tiles, revealing Pessoli’s debt/tribute to the Italian production of the early 20th century. 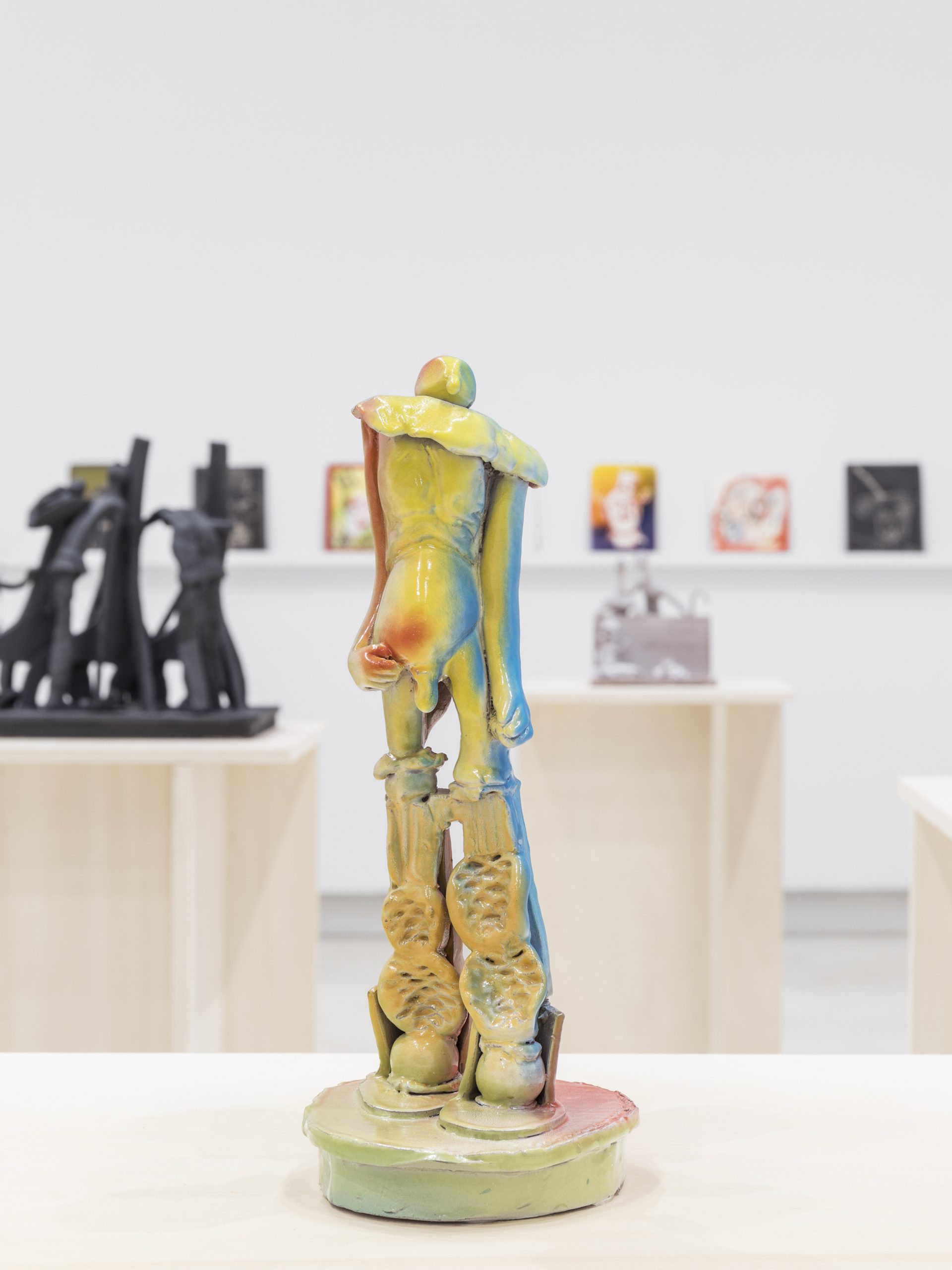 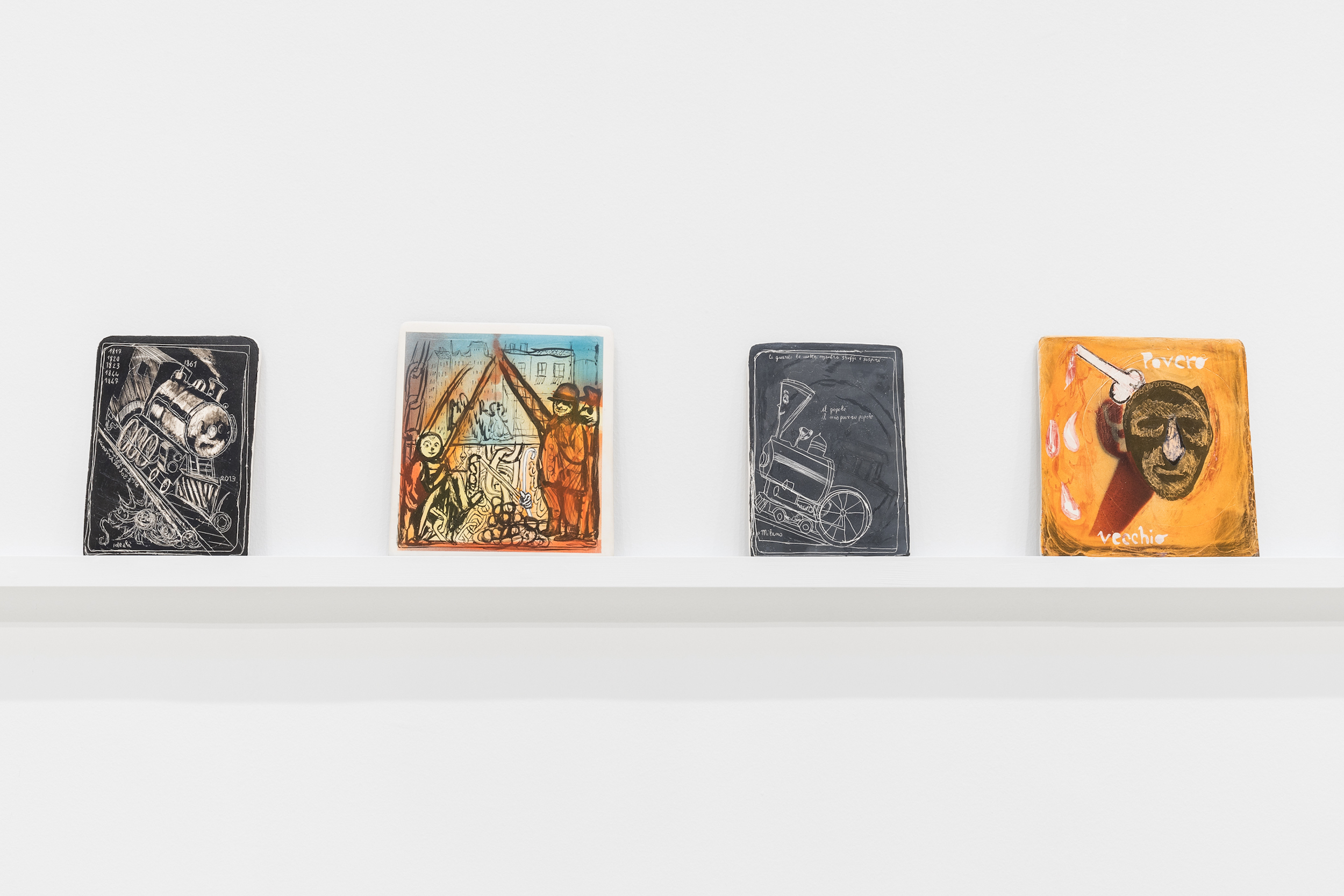